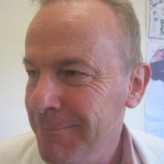 Colin Kilkelly has over 30 years experience in the Islamic world including Regional Director of South Magazine 1978-1990 based in Pakistan 1987-1990. Mr. Kilkelly was also the Regional publisher FIRST Magazine 1997-2006 the Gulf North Africa and the Maghreb. Colin then became Editor of Yacout Info 2008-2011. Mr. Kilkelly is currently the editor of on line magazine North Africa United and lives in Marrakech.

By visiting local souks outside Marrakech you can experience local Berber country life and absorb the character of the marketplaces where they meet each week. This is an important social occasion where local producers sell their wares including, fruit, vegetables and livestock. Merchants from Marrakech sell essentials such as: tea, coffee, sugar, packaged foods, cooking items, clothing and electronics. You can also come across carpets, jewelry and pottery generally cheaper than in Marrakech. There are many things available to buy from the souk: henna, spices, rugs, Berber slippers and sandals, pottery, Berber djellabahs for men, dresses for women and handmade wooden kitchen utensils.

Marrakech has seven patron saints who were Sufi mystics and Islamic scholars who are said to look after the city and each has a zaouia which is a mausoleum where pilgrims and those wishing for the help of the Saint or Sidi can pray at his tomb. The larger zaouias in Marrakech have mosques and they are charitable religious foundations who care for the sick, blind and crippled as well as orphans or the old and infirm. The spirit of charity is an important part of the role of the saints who were Sufi mystics and pilgrims give donations to the Zaouia. The concept of the Marrakech seven saints in Morocco predates Christianity and Islam and Cueta (or Sebta meaning seven),Jebel Hadid and Fez all have seven saints.

Marrakech, often referred to as the Paris of Morocco and the premier Moroccan city of night lights and romance has something of a reputation for its nightlife. Marrakech has a reputation for seedy bars and expensive discos in high end hotels with groovy, Ibiza-style discos and belly-dancing along with top end dining experiences that can be had on rooftop terraces.The best places for nightlife in Marrakech are in the wealthy Hivernage district’s 5 star hotels, Sofitel So Lounge, Hivernage Hotel and the Comptoir Darna Cocktail Bar. Low lighting, scented candles, and Moroccan lamps are strategically placed in the ground-floor restaurant of Comptoir. Diners can choose from low-lying tables under the Berber tent, or inside the charcoal and ocher restaurant proper. There is a small garden where you can lounge on the lime, orange, and red cushions and heavy Berber carpets. A wide, central staircase leads up to the real reason to come here: the harem like bar decked out in charcoal, orange, and burgundy veils where resident and guest DJ’s spin the latest in Euro-Arabian dance music with exotic dancers.

A Walking Tour through Kasbah, one of the Marrakech Medina’s Best Neighborhoods offers exploration inside its historic walls. Kasbah’s is a local Moroccan neighborhood that boasts Moroccan street fare, an authentic shopping experience, ancient sites and is the perfect pit stop for teat at sunset. Once a neighborhood that was on the edge of ruins, Kasbah, in the Marrakech medina is now the place to be.

Chefchaouen lies inland from Tangier and Tetouan. Chefchaouen is a unique Moroccan city known for its blue and white washed medina walls that surround it. Filled with old world charm, a walk through Chefchaouen’s blue alleys evokes being in a magical story book, similar to Aladdin and the magic lamp from One Thousand and One Nights. An early morning stroll through Chefchaouen’s winding streets is a great to discover this Riffian town famous for fresh goat cheese, local crafts and peaceful setting.