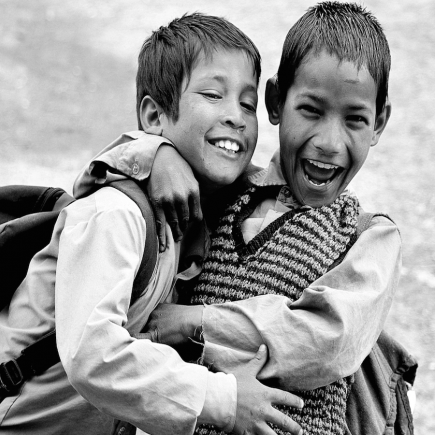 InspireCorps, led by twenty-five-year-old Jihad Bnimoussa, was created with the belief that emotional education is a human right. The non-profit organization aims to equip Morocco’s youth with psychological tools and support mental health services for the MENA region.

Bnimoussa was born in Morocco and had the privilege of being educated in various parts of the world. Her parents always stressed that her life and business goals should include giving back to her community, starting with her native land (Morocco). Being surrounded by different cultures and experiences helped shape Bnimoussa’s understanding of the global mental health situation. Regardless of one’s nationality, socio-economic status, or language, no one is immune to psychological issues. Even though Bnimoussa spent a lot of time outside of Morocco – she was raised in the UAE, pursued a psychology degree in Istanbul and Masters in Child and Youth Care Studies in Scotland – it was her annual summers in the northern kingdom that most affected her. She spent many of them working or volunteering in Casablanca. This is where she found a passion for her social impact project.

InspireCorps was an idea that originated when “I was in high school… originally I wanted to work for a tech company and gain experience before starting (my own business), however, the community was asking for it,” said Bnimoussa.

In 2017, Bnimoussa moved to Morocco to work on her dissertation. As part of her field research to understand mental health issues in Morocco, she created a focus group of Moroccan teen girls. She wanted to discover what was available to them and what they needed help with. Shortly after, she launched a Facebook community that quickly filled with 300 Moroccan youth. Bnimoussa’s friend, Fatima-Zahra Ma-el-Ainin came on board and together they analyzed the group’s challenges. By 2017, the duo auto-piloted mental health workshops for young girls. The program was titled FairyLights and held at schools. Shortly after they also launched Resilience Education Boot Camp. The idea was to train students in social and emotional skills. By 2018, InspireCorps was created.

In less than 2 years, InspireCorps has grown a lot. To date, the organization has led over 200 resilience boot camps. These programs now train teachers who incorporate emotional training skills into their lessons.

Furthermore, InspireCorps is working on an app that will make mental health tools available on mobile phone devices. The app is a project that will be made available to the student public within 3 years. It aims to reach 7 million Moroccan students and will implement through the InspireCorps partner schools.