The 16th Edition of the Fes Festival of World Sacred Music will take place in Fes, Morocco from June 4th -12th, 2010. The Fes Festival’s theme for 2010 is “Journey of Initiation: from mystery to revelation.

The Fes Festival of World Sacred Music is 9-day celebration held in mid-summer (June 2010) that takes place in the imperial city of Fes. The festival was founded in 1994 by the Moroccan scholar and philanthropist Faouzi Skali and was created to showcase major musical traditions of sacred, spiritual music and world music. The current Artistic Director is Cherif Khaznadar, a pioneer of world music and one of the most influential Artistic Directors on the scene. Each year the festival celebrates artists from Muslim, Jewish, Christian, Hindu and other faiths to perform together in a spirit of mutual respect and collaboration. 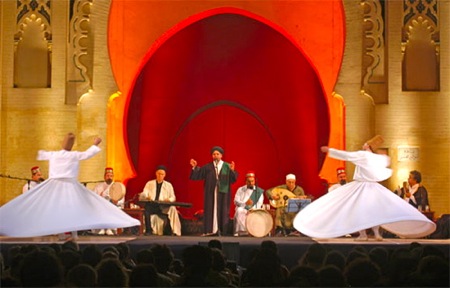 The Fes Festival of World Sacred Music is comprised of:

A four-day Forum called Rencontres de Fes under the rubric “Giving Soul to Globalisation” where politicians, social activists, academics and religious leaders come together in dialogue to discuss the urgent issues of our times. These include conflict resolution, climate change, urban renewal, social justice and much more. Intimate afternoon concerts are held at the Dar Batha Museum and its surrounding Andalusian gardens. Art and film exhibitions, poetry readings at the Dar Bartha Museum and other locations within Fes. 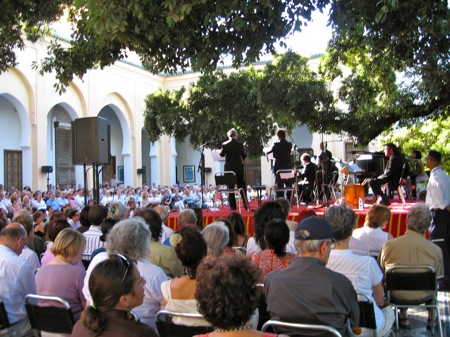 Sufi nights: Sufi music rituals concerts that begin at midnight performed by Moroccan Sufi brotherhoods in the Dar Tazi gardens, in the heart of the Fes medina. Sufi brotherhoods (tarikas) are common in Morocco, and music is an integral part of their spiritual tradition, in contrast to most other forms of Islam, which do not use music. Sufi music is an attempt at reaching a trance-state which inspires mystical ecstasy. The brothers hold hands in a circle and chant or dance. Marrakesh and other regions of Morocco are home to the Gnaoua Brotherhood, which claims descent from the Ethiopian muezzin Sidi Bilal. Gnaoua ceremonies (deiceba) are used to protect against mental illness, scorpion stings and malicious spirits. Deiceba may be related to Sub-Saharan African ceremonies and use a long-necked lute of African origin called the guembri, as well as castanets called garagab. 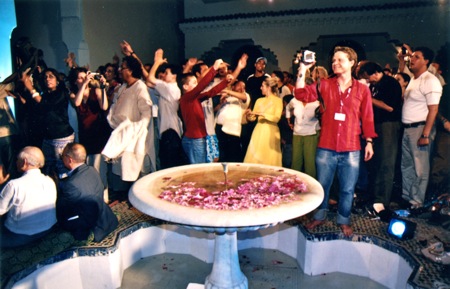 The Fes Festival of World Sacred Music has featured wide range of global musicians such as Miriam Makeba, Ismael Lô, Mohamed Abdou, Tartit Women’s Ensemble, Ghada Shbéïr, , Sabah Fakrih, the Blind Boys of Alabama, Jan Garbarek and The Hilliard Ensemble and the Whirling Dervishes of Konya in the dance of Odissi Madhvi Mudgal.  Performers like Youssou N’Dour, Ravi Shakar and Salif Keita have been juxtaposed with less known musical genres such as Japanese Gagaku, Indonesian Gamelan and folk music from Central Asia. 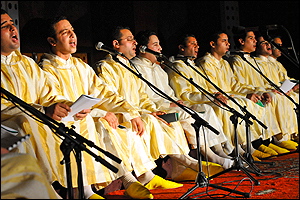 Bab Makina 20h30
Ben Harper (USA) The roots of popular American music, from gospel to blues, from reggae to folk

– Exhibitions at Batha Museum and at Dar Tazi